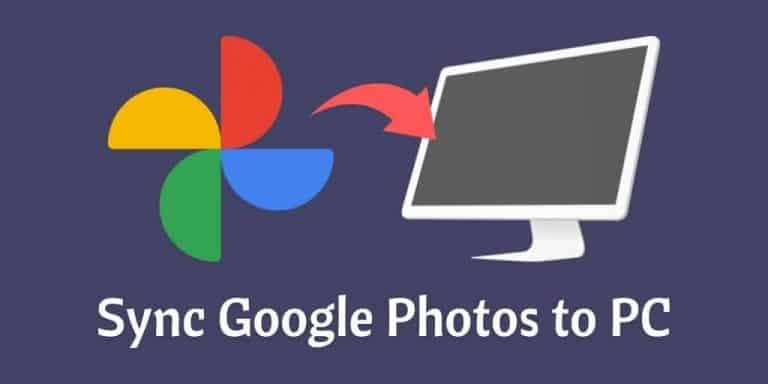 Do you want to know if it is possible to sync Google Photos to a PC? If so, here’s a comprehensive guide for you.

This article explains everything related to the technology of synchronizing Google Photos and more.

So, go ahead and learn about this handy feature and know if you can sync Google Photos to a PC.

Working perfectly on Windows PCs as well as Android and iOS mobile devices, Google Photos is a cloud-based tool.

In fact, it is a cloud-based photo-sharing and editing service. It lets you store your images and other data in the cloud for free. Also, it lets you have a limited amount of space.

It is possible to synchronize Google Photos with your PC once you’ve set it up. Using this specific app, you can save all of your media in cloud storage.

Then, you can have that backup and have it available on all of your devices.

Videos, photos, and many other files can benefit from having a backup. This is particularly true if you’re using a variety of devices to access your information.

Google has a technology named “Backup & Sync.” It allows you to sync your images and media seamlessly.

However, if you want to sync Google Photos to a PC, you can use Google’s new desktop service, Drive.

Sync Google Photos with a PC or Other Devices

You may back up your images to the cloud or transfer them to computers or a smartphone via syncing.

So, you can’t directly utilize Google Drive to synchronize photos to your computer or mobile device.

There are several workarounds, though, that we can employ. See what we can find out.

Be sure to read Google’s advice on building a backup of your images before proceeding with the main process. You must also follow particular guidelines before beginning the backup procedure.

With that said, there is a limit of 200 Megabytes or 150 Megapixels for photo backups.

Creating a copy of videos that exceed 10 GB is also prohibited by Google.

Additionally, things with a resolution of 256 × 256 pixels or less cannot be backed up.

In Google Photos, you may choose between “high quality” and “original quality” when backing up your images.

Google One’s storage subscription is required if you want to back up your files to their original quality.

In addition to RAW files, you can create backup files using .jpg, .png, .webp, and .gif extensions, as well as some .jpeg images.

Any Android, iPad or iPhone with the Google Photo app installed must be used to back up those photos.

Video files can be backed up by Google in the following formats:

For Google to back up your photographs and videos, they must be saved in one of those formats.

What Makes Sync Different from Backup?

Before we learn how to sync Google Photos with a PC, let’s go through this introduction.

Understanding the distinction between sync and backup is vital before we start the procedure of synchronizing and backing up.

The term “syncing” refers to accessing the same file from several locations. The result is that you can have many copies of the same file in different places.

In contrast, when we perform backups, we make a replica of the original photo or file. As a result, even if you misplace your original file, you can still access a copy of the backup. With such an approach, you can go ahead and continue your work.

It is, however, possible to lose access to a synchronized file unless the backup is created. It is true that synced data might be regarded as limited backups. However, the user must be careful and avoid destroying them before the proper backup is in place.

Sync Google Photos with PC – How Should You Do It?

In the beginning, Google introduced a program called Backup & Sync. This specific feature permitted individuals to synchronize their Google Photos to their PCs utilizing the Google Drive cloud service.

When it was first released, the Google Drive tool on desktop offered backup and sync features. That means users cannot immediately synchronize Google Photos with the PC files explorer using this specific tool.

On your PC, it is only possible to create backups of your Google Photos tool. However, you cannot sync them. You can get around this by putting them in a Google Drive folder instead of Google Photos. To save on cloud storage, don’t upload the same file to both Google Drive and Photos.

As a result, uploading images to the cloud should only be done with care. Ensure you access from any Android/iOS device or location by putting the files on Google Drive.

But you can synchronize your phone’s photos and videos directly to Google’s photo service, which is free.

How to Create a Backup of Google Photos on a PC

Using this method, you may either download all of the images in the library or just a few. As a result of this strategy, you can only download 500 images at once.

Because of this, downloading tons of pictures and going over the image limit takes some time. In some devices, in fact, it takes an extremely long time.

How to Create an Individual Album

It is possible to download separate photo albums if you’ve ordered your images in this way. Individuals or even many photographs or videos may be downloaded in the same way.

If you intend to obtain the complete cloud library, there’s a great alternative to choose from.

How to Use Google Takeout to Backup Photos

As part of Google’s Takeout service, you can download & export all of the data from the service.

Then, you can even store it on their computer. When it comes to backing up your Google Photos, this is one of the best options.

Additionally, your information will be safe on Google’s server after export. As a result, you don’t have to stress about losing it.

All of your files will be saved in a single archive. After that, Google will email you a link to when it is done.

The archive file format can then be downloaded directly to the PC. That’s all there is to do when it comes to downloading Google Photos to a computer.

How to Sync Google Photos with Mobile

It is true that you don’t have the ability to sync Google Photos with a PC directly. Instead, you can do it with mobile.

With that, you can create backups of videos, pictures, etc., to Google Photo. You can use the option called Backup & Sync.

Steps to sync Google photos with a smartphone:

So, that’s about syncing Google Photos with a PC. As you can understand, Google Photo is a convenient online photo and video storage service.

This tool eliminates the need for external storage, such as a USB flash drive. A Google Photos library can back up files from a PC into Google Photos.

But the truth is that you cannot simply sync Google Photos with a PC as you would expect.

We should frankly mention that it is impossible to simply transfer Google Photos to a PC. In this situation, users will have to resort to finding workarounds.

Instead of trying to sync Google Photos to a PC, you can manually download your Google Photos. If not, you can use the Google Takeout tool to sync them to your PC.

Ensure that you follow Google’s standards, however. That means the formats and sizes of files are saved to the Google Photo account while backing up.

So, if you have other doubts related to syncing Google Photos with a PC, please let us know.

How to Switch from WhatsApp to GBWhatsApp With Ease

How to Sync Outlook Calendar with iPhone

How to Transfer Google Photos to iCloud Easily?