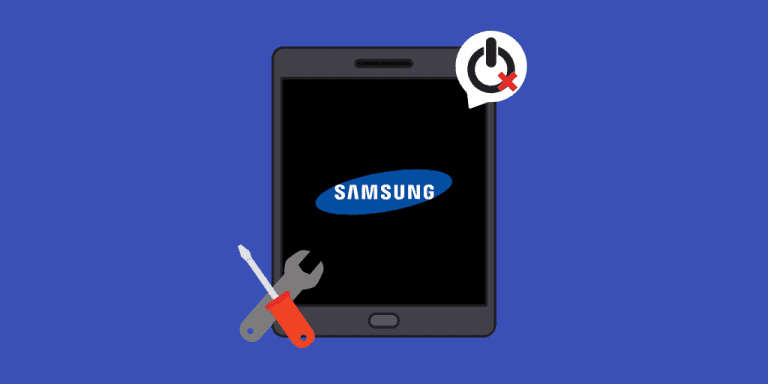 Samsung users usually get their devices stuck in a reboot loop. This happens suddenly without any problematic symptoms causing the users serious discomfort, difficulties, and distress. Are you facing a similar problem where your Samsung Tablet Won’t Turn On?

Let us assure you that you are in the right place, and you need not worry about it anymore. This write upholds every detail about your device getting stuck and suddenly turning off, may it be the reasons or tips you should know to fix it.

Reasons Why the Samsung Tablet Won’t Turn On

As we have told you in the above paragraph that the devices turn off or get stuck without any problematic symptoms. The causes for this are still unclear as there are no symptoms that indicate that this problem is about to occur before its occurrence.

Still, there are a few possible causes that are responsible for evoking this problem. The causes are as follows;

So, the above-mentioned points were a few reasons that could cause your device to be stuck so your Samsung Tablet Won’t Turn On.

Picture yourself in a situation where you are playing your favorite game, and you are about to hit the jackpot, and boom, your device gets stuck and turns off. You are trying to turn it on, but it would not cooperate.

Is it not frustrating and worrisome at the same time? You might want to throw your device on the floor or at your wall, but you cannot do so. What would you possibly do in such a situation?

Do not worry about it now; we have got the fix for you. The following are five tried and tested ways to fix your device when your Samsung tablet Won’t Turn On.

A repair software, namely ReiBoot for Android, is an outstanding software that fixes such types of issues effectively.

To use this software, there is a six-step guide that is to be followed.

1: To use this software, you need first to download and install the application of Tenorshare ReiBoot for Android on your laptop or personal computer.

Get ReiBoot for Android

2: The Samsung Tablet That Won’t Turn On have to be connected to the respective personal computer or laptop that has the software installed. Once connected, wait till the launch software detects your device.

3: Now, you need to find the “Repair Android System” option from the available options on the main screen.

4: Click on “Repair Now” and go on. Your device information shall be visible on the screen, check it, if that is true, then click on the “Next” button & proceed further.

5: To repair the Samsung Tablet That Won’t Turn On, you need to have the firmware package of the most recent date on your device. After that, you can proceed to the repairing process by clicking on the “Repair Now” option.

This highly recommended software is user-friendly and easy to use to solve that problem that your Samsung tablet won’t turn on. This software can fix other technical issues of the android devices as well.

This is the most widely and most commonly used technique that is used by android users. This technique usually fixes all minor issues of android devices.

This is a very easy procedure. You just need to press your device’s power button or lock screen button along with the volume down key. Hold both buttons pressed together for about ten seconds or more.

You will see your Samsung device will be turned on. A logo will be displayed on the screen, and after that, your device will reboot. If this doesn’t work, there is nothing to worry about, as you can try the other fixes mentioned below.

A reason for your device not turning on could be that your device’s battery might have drained out totally. Put your phone to charge for 10 to 15 minutes and check whether it turns on or not.

For this, turn on your Samsung device like you always do. If the device turns on, then the drained battery was the issue. If still, your Samsung Tablet Doesn’t Turn On, you can try the next fix.

If you still could not turn on your device, you can try this fix of booting your device in a safe mode. This is also a very easy and user-friendly technique. To do this, you need to follow the following two steps;

1: Hold your device and press the lock button or the power button for some time

2: Just when you see the logo appearing on your device’s screen, all you have to do is quickly release the lock button and push the volume down button for a few seconds.

In this way, your device will reboot in safe mode, and you can check your device for any technical issues.

Fix 5: Clear the Cache Partition of Your Device in Recovery Mode

Every device has some unwanted files stored in the device’s background that are known as a cache. Increased cache memory can cause your device to stop and turn off. Mostly, the cache files are corrupted which evokes some sort of technical issues in the device.

To wipe off the corrupted cache files, you need to follow the following four steps.

1: you need to press the three buttons of your device, i.e., the volume button, the home button, and the lock or power button together. Hold them for a few seconds.

2: firstly. Release the lock button when you see the Samsung or android logo appearing on the screen.

3: there will be a list of options displayed on the screen. Reach towards the “Wipe Cache Partition” by using the volume down key.

4: you can select this “Wipe Cache Partition” button by using the lock button.

Once the Cache Partition starts wiping off, your Samsung device will turn on, and the problem that your Samsung Tablet Won’t Turn On will be solved.

1: Press and hold the volume, home, and power or lock keys, together, of your device.

2: Release the volume and home keys in an instant together and release the lock or power key only when you see the Samsung or android logo appearing on the screen.

3: After the logo appears on the screen, the system will start to install its updates, and “installing system update” shall be visible on the device’s screen. This will continue for about a minute and then lead towards the system recovery menu.

4: From the list of options, select the “wipe data/factory reset” option with the help of the volume down button. To confirm, press the lock button or the power button.

5: select “Yes- delete all user data” and confirm through the same keys used as before

6: After the process is completed, you will see “Reboot System Now” on the screen. Your device will restart when you press the lock button or the power button.

So, if you have a problem that your Samsung Tablet won’t turn on, there is nothing to worry about. Try the mentioned fixes and try the easy ones first like recharging your device, booting your device in safe mode, clearing cache partition, etc.

If still, your Samsung Tablet won’t turn on, try the highly recommended software of ReiBoot for Android, and all your android technical issues will surely be fixed.

How to Watch Hulu on Xbox One Easily?