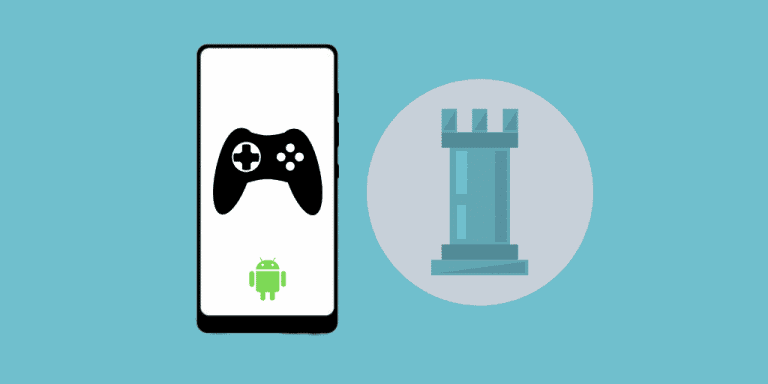 Many Android users say that it is not that easy to find a tower defense game on Play Store. In a way, it is true, but as long as you do good research, you can find one.

However, the problem is that many individuals don’t have any time to engage in lengthy research work. But don’t worry.

OK. Mentioned below are the best tower defense games for your reference.

It is true that Lock’s Quest is a port of a Nintendo DS (premium) game. Also, you don’t see any in-app purchases or annoying ads on Lock’s Quest, and that’s a huge plus. Pretty recently, this excellent tower defense game has been well-optimized for touch screens.

In addition to that, there are 40 multiplayer levels to make it more exciting. You can connect with your family and friends using Swamp Attack and enjoy it to the maximum.

It also comprises a special mode called Quick Mission. It allows any player to get into the game whenever they get free time, even while traveling. However, one big downside associated with this tool is that it has plenty of ads.

As per this game, you must work hard to defend your lawns, and you will be approached by zombies. These zombies come in hoards with a massive variety to make things more exciting for players. The whole game you play is themed according to rather a unique theme, though.

As per the theme, your neighbor has to travel through time to find his taco. You can simply forget about that flimsy theme because the game is so easy to pick, even for novices if you are a tower defense games fan, Plants Vs. Zombies 2 is a must-play for you.

However, Plants Vs. Zombies 2 comes with some in-app purchases, which are presented by EA (Electronic Arts).

If you are looking for a more realistic type of tower defense game, try Defense Zone 3 HD. It is loaded with realistic effects, weapons, and settings to impress any Android user. Defense Zone 3 HD comes with four difficulty levels. As a result, it can be played with great excitement regardless of your skill level.

Also, to add more excitement to the gameplay, it has eight turrets. And that means there is no shortage of options when it comes to weapons. In addition to that, it comprises plenty of different strategies to attack your foes during the play.

Defense Zone 3 HD is a great alternative for those who are bored with regular, linear tower defense games. This tower defense, however, contains some ads as well.

This is a pretty older game in the Google Play Store, but constant updates keep it in the competition. In a way, this is an advantage for those who are using older Android devices. That is because this game will be compatible with your device even if it is pretty old.

As you may notice, it comes with neon-themed graphics that are very exciting for any player. As per this gameplay, you will have to face 15 missions. If you get through these 15 missions, you will be able to complete the game.

However, during these missions, you will have to face more than 300 waves of foes to fight with. In addition to that, you get nine weapons that can be upgraded. Your armory comprises three destructive weapons to cause huge damage to your enemies.

You can play the game even on the Nvidia Shield, and that means it comes with controller support too. One of the biggest advantages associated with this game is that it doesn’t have any ads.

This is another exciting tower defense game for those who are looking for the best tower defense games. It is developed by a reputed company called Ninja Kiwi. It is true that you have to pay upfront to purchase the game, and it offers in-app purchases.

However, there is co-op gameplay, which is a whole new addition to the gameplay. Surely it adds more excitement to the game. So, even with the in-app purchase, Bloons TD 6 is one of the best tower defense games for Android.

Defenders is a game that is wrapped with a fantasy-related theme, and it comprises excellent graphics as well. It is true that this game had only a couple of fans during its initial release back in 2014.

However, as of today, Defenders 2 is presented as a sequel to the original Defenders game. Defenders 2 come with more levels, different weather conditions, excellent multiplayer collaboration, plenty of different tower types, etc.

In addition to that, it has some powerful enemy units, spells, etc. to keep the gameplay more exciting. In general, we can say that this is a great option for those who like to play casual games.

Kingdom Rush tower defense is a series of games, and Kingdom Rush Vengeance is its latest release. Basically, it shows improved performance on all the titles that were previously released by Kingdom Rush.

If you are a fan of F2P titles, Kingdom Rush Vengeance is a great offer for you. The developers have added 17 new towers to the gameplay. That is in addition to 19 stages and ten heroes.

To make things more exciting within the game, they have added 40 enemies, as well. There are plenty of fights and new powers with 30 separate upgrades. You will have to pass 50 achievements as well. So, in a nutshell, this is a comprehensive tower defense game for Android game fans.

Iron Marines: RTS space battles are a premium title, and interestingly, it comes with plenty of in-app purchases. However, this excellent game has a nice balance between its gameplay and in-app purchases.

Being a sequel to the Infinitode tower defense game, Infinitode 2 comes with various improvements to impress you. In fact, Infinitode 2 is an upgrade to the original game in all aspects.

This game is fully optimized for your Android device, so it offers you an excellent gaming experience. Moreover, it comprises 40 levels to complete, and it gives you the opportunity to use heavily upgraded weapons.

Compared to the other tower defense games in this list, Infinitode 2 has a minimalistic approach to graphics. However, the quality of the game is preserved. In addition to that, there are some ads and in-app purchases in this game as anyone would expect.

Compared to most of the other games in this list, Fieldrunners 2 is rather an older release. It dates back to 2013, and it went through a major update in 2018 for a better gaming experience.

However, it experienced a bug pretty recently, and as a result, players weren’t able to spend in-game money. As we believe, the developers will issue another update pretty soon and resolve this issue.

One of the downsides associated with this game is that there is no option to pick an older APK. That is because it comes as a paid release. If you already own a title, you can play it.

If you have not heard about Mini TD, we are not surprised. However, we should tell you that Mini TD is a classic tower defense game as the name signifies.

That is why we consider Mini TD to be one of the best tower defense games for your Android. We should emphasize the fact that this game comes with only one in-app purchase.

OTTTD is the abbreviation for Over the Top Tower Defense. This is a superb game that comes as a combination of classic action and action-RPG elements.

As a result, you can play a superb game with a heavily destructive approach. It requires you to build and upgrade the towers.

However, you should focus on commanding your heroes as an added layer of security. It comprises some boss fights as well. One of the most significant downsides of this game is that it has in-app purchases in the paid version.

Just because it is not as popular as other games, don’t underestimate the quality of the game. It has excellent graphics for a tower defense game. You will be given the opportunity to play on five different maps.

In addition to that, there are 40 enemy types to fight with and eliminate. There are five difficulty settings included within the game to enjoy. The best thing about this software is that it doesn’t have in-app purchases or annoying ads.

This is a combination of superb graphics and nice gameplay to impress tower defense game fans. This can also be considered a hardcore tower defense game. It comprises 50 exciting levels and five different tower types.

When it comes to levels, there are three options to use. There are in-app purchases, but they range from $1.99 to $19.99. It contains ads, as well.

Well, that’s our list of best tower defense games. You can go through the list again, pick your game, and play it during your free time.

If you know better tower defense games than the ones on this list, please let us know.

15 Top Best Farming Simulator Games That You Must Check Out!

WebWatcher Reviews and Top Alternative in 2023