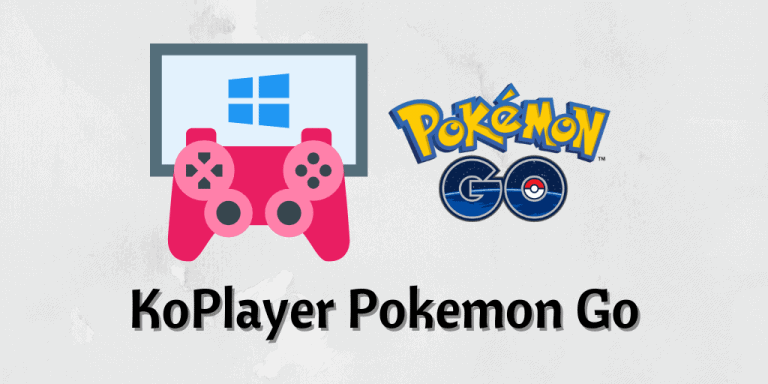 An emulator like the KoPlayer Pokemon Go can boost your gaming experience manifolds by allowing you to play on bigger screens.

We aim to give you complete information on this emulator software along with a great alternative so that you can use the best one for your purpose.

The Android emulator software is meant to boost the gaming experience for PC users, and KoPlayer facilitates the same. Such software help users to enjoy highly by being able to play various games on the bigger screens better without any lags.

The technology of KoPlayer is relatively new. However, its highly advanced specs have made it the most popular choice of game lovers in a very short period.

Pokemon Go has been one of the most popular and successful games among game lovers worldwide. This game also needs emulators to run better on PCs and other big screens.

The KoPlayer Pokemon Go emulator will help here with its outstanding compatibility, supreme performance, and high storage. One of the great benefits of this emulator is that it prevents the rapid drainage of the battery while playing the game on the smartphone.

The KoPlayer emulator can be downloaded from the Google Play Store and is based on the Android 4.4.2 Kernel specifications. It can run on all the AMD series PCs. You can even record the gameplays on this emulator.

PS: here is everything about Pokemon Go sniping for your reference.

Method of Using the KoPlayer Emulator for Playing Pokemon Go

You can play Pokemon Go on a PC with the help of the KoPlayer emulator. This will need you to set up the two things beforehand with the things mentioned below:

Steps for Setting up the KoPlayer Pokemon Go Emulator

2. Click on the .exe file of the emulator for installing it successfully.

3. Launch the emulator on the PC. Wait till it opens.

4. Add a valid Google account on the KoPlayer emulator for allowing it to support the Pokemon Go app downloaded from Google Play Store. In the System Tool section of the software, open Settings. Then, click on Accounts followed by selecting Add Account.

5. Open the play store next and install the Pokemon Go game.

6. After installing the APK, install the game through KoPlayer. For that, click on the APK file. In the next window, select the game icon and hit the button Open for starting the installation.

Steps for Playing the Pokemon Go Game with KoPlayer Emulator

1. Open the emulator interface and select the icon of the Pokemon Go game. The GPS of the emulator will open now to fake the location of the game.

2. Select the desired location on the given map. Hit the button Save. This is a mandatory step because Pokemon Go is a location-based game.

3. Launch the game now. Hit on the icon of the Keyboard followed by dragging the WASD on the main interface. The WASD keys on the board help the player to move the game characters. Hit the button Save.

Besides, click here for more information about the top headache games alternatives.

Drawbacks of the KoPlayer Emulator

Even though the KoPlayer Pokemon Go emulator gives a supreme playing experience, there are some restrictions to it too. Following is a list of some of the major drawbacks of KoPlayer that may affect your Pokemon Go game:

Important: You may not feel satisfied with the privacy policy and user security of the KoPlayer emulator. Thus, it would be better for you to use alternative emulator software for playing your favorite game.

Besides, if you are searching for the best electric Pokemon Go or if you wonder what is the best Pokeball, just click to read more.

Now that you have seen some of the major restrictions KoPlayer Pokemon Go emulator put in the way, you may want to have an alternative. Also, if you are an iOS user, then using the KoPlayer will not even be an option for you since it only runs on the Windows OS PC.

Here, a movement simulator and GPS spoofer app can be the best help. So, let us introduce you to a great tool called Dr.Fone- Virtual Location, which is one of the top location spoofing applications in the market. The tool supports all iOS devices and is aimed to spoof the GPS location of compatible devices.

Now, you would wonder how this app is going to help Pokemon Go players better than KoPlayer does. First of all, it lets you simulate two ways on a single route as well as multiple routes. Another benefit is that it covers all the demerits of KoPlayer.

Let Us Now See Some of the Major Features of the Tool:

There are certain things you need to ensure before using this KoPlayer Pokemon Go emulator alternative. You will have to begin with downloading the software on the PC and then installing it properly.

Once you have completed that successfully, launch the app on the PC.

On the primary interface of the tool, you will see the option of Virtual Location. Click that option.

After that, you will need to connect the iPhone on which the game is downloaded to the PC. Now, click on the option Get Started on the tool’s interface.

For Simulation Between Two Locations:

1. You need to begin by selecting the route for one stop. Click the option of Walk Mode which is the first icon on the top-right portion of the interface. Select the destination on the given map. The distance from your location to the destination will appear in a small dialogue box.

2. Next, you need to set a speed limit for the travel. Drag the given slider accordingly. Then, hit the button Move Here.

3. In the next dialogue box, you will need to enter the number of times you want to move between the two given locations. Once you have done that, hit the button March.

4. Once all of these entries have been made, you will be shown simulating between the spots.

For Simulation Between Multiple Locations:

1. You need to begin with selecting the route for multiple stops. Click on the second icon on the top-right portion of the interface. Followed by that, select all the locations that you want to be shown on the route that you are simulating.

2. Again, the distance between respective spots and the starting and final locations will be shown in a separate dialogue box. At the same time, set the speed limit for the simulation too. Once done, hit the button Move here.

3. In the next dialogue box, you will need to enter the number of times you want to move between the two given locations. Once you have done that, hit the button March.

4. Once all of these entries have been made, you will be shown simulating the pre-set route as per the conditions given.

By the way, if you are searching for the best lightweight Android emulators, this guide is just for you.

This was all about the KoPlayer Pokemon Go emulator that you should know before going ahead with using it. It may work great for your limited requirements.

However, for a safer and enhanced gaming experience, we recommend you try the Dr.Fone – Virtual Location. The advanced functionality and feature set of the tool will let you enjoy gaming better.

Steam Gift Card Scams – How to Spot and Avoid Them?

Stardew Valley Battery Pack: How to Get It & Use It?