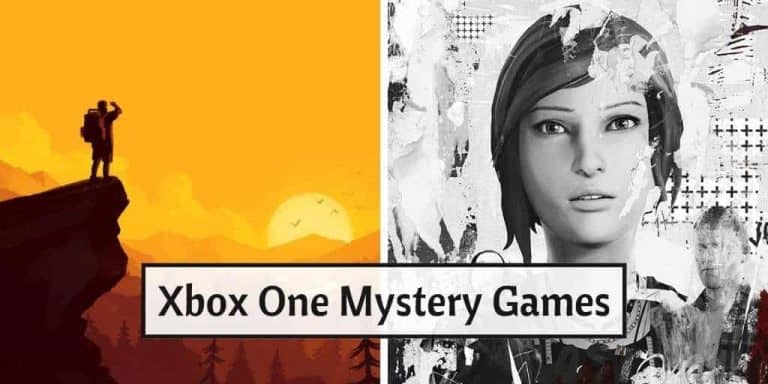 Have you ever tried Xbox One Mystery Games? If not, we’ve got something that will probably blow your mind away.

Mystery games are probably the best for people who have a separate love for Sherlock Holmes.

Don’t worry! We’ve presented some of the best Xbox mystery games that will blow your mind away.

Are you also thrilled by the way Sherlock Holmes solves the mystery of any type of case? If so, we’ve got you something thrilling. Mystery games are designed to give you the experience one could only feel while exploring some mind-boggling scenario. However, they’re probably tons of games you can play on Xbox One, but Mystery games for Xbox One give out the real deal.

These will satisfy your hunger for not only the outdoors but also open-world thrills as well. Apart from having a world filled with mystery games, there are always some games that prove their worth by becoming the best mystery games. We’ve got some listed down for you.

PS: here are the most popular Xbox fitness games and Xbox One puzzle games for your reference.

Top 14 Mystery Games for Xbox One

This game of the Sherlock Holmes franchise is one of the most fascinating Xbox One Mystery Games you’ll come across. It provides an intriguing experience by letting the player solve six distinct cases that took place on the streets of London.

Not only that, but it also has a unique way of interrogation that will always keep you on edge. To make things more challenging & interesting for you, this game offers a dialogue box that can be used in various situations.

Apart from all this, it provides a unique experience that many of the games on the list have failed to do so.

2. The Wolf Among Us

Before you play this mind-intriguing game, you need to be informed about a few things, fairy tales are real, and you can find them in New York City. However, that’s not the only reason for this game to become one of the best Xbox One Mystery Games.

The story revolves around a sheriff, namely Bigby Wolf, who’s tasked with maintaining peace and justice. Being Bigby, you usually let the stress get the worst of you by making you drunk and smoke quite a lot.

This game offers an interesting storyline that allows the players to experience the power and task of a person who handles the authority of a place.

This game is one of the greatest zombie games filled with mystery that blew the whole gaming world away. It carries a mysterious storyline that will always keep you on edge. However, it is inspired by its picture book (comic book), namely The Walking Dead itself.

This game was originally published in 2012 and quickly became one of the best mystery games for Xbox One. The best thing about the gameplay is its similarity with the Storyline sequence in the Comic outlet. It also offers tremendous graphics, which gives the game give out a realistic feel it.

Here are more games like The Walking Dead for your reference.

This game is not what you’ll get from any of the Xbox mystery games or even from a mystery game. Its storyline revolves around catching a culprit, but things don’t end there only. You may have to explore various indigenous plants and diverse universes to identify who’s the real culprit.

Along your journey, you will discover various other mysteries as well, but don’t get off your real aim of finding the culprit. This game gives out a unique yet mind-intriguing experience that the game probably would’ve given you.

If you’re somebody who loves exploring space with the mysteries it contains, you’ll likely find it perfect for you.

One of the most wonderful creations of the Rockstar Games, this game has been a huge mass favorite. It was originally published on the PS3 console.

It was later collaborated with Xbox One along with PS4 for the remake. L.A. Noire is also one of the best Xbox mystery games you’ll find anywhere.

However, the background of the game is set in the golden age of Hollywood, which took place in post-war itself. The storyline revolved around an LAPD detective whose mission was to unravel the secrets of Hollywood.

6. Return of the Obra Dinn

This game delivers a different experience than you’ll come across in any of the Xbox mystery games on the list. It offers a simple yet unique outlook on the gameplay through its first-person perspective. However, the game is featured in the background of the late 1800s, which gives a smudgy feel to it.

The story revolves around investigating the mystery behind the death of all 60 crew members on the Obra Dinn ship. To make things more challenging & fun for you, you’ll be handed a unique compass that will allow you to have a conversation with the dead.

Apart from these amazing features, it delivers one of the best gameplay that you’ll ever come across in this genre.

This game is the sequel to the fantastic game of the Portal franchise. The game introduces various aspects and mysteries in this version which allows the players to experience better gameplay.

However, it’s one of the unique Xbox mystery games that you can either play with a friend or design according to your need.

The game has one of the smartest AI built inside the game, which will allow the gun to react to the player’s activity. If you’re a fan of mystery sci-fi games, you’ll most likely find this game Interesting.

8. The Vanishing of Ethan Carter

You probably would’ve played a lot of mystery games for Xbox One, but you wouldn’t have played a game more challenging than this one.

Even though it is published by a small gaming studio, it has much to give. This game gives out mind-blowing gameplay that will allow you to test your skills at an extreme level. It doesn’t provide any type of map, or HUD to guide you.

This sublime approach will give you an idea and experience of how things work for investigators. Not only it’s fun to play, but the unique gameplay will keep you stuck for hours.

This game is one of the most fun-to-play games with a mysterious twist, making it one of the best mystery games for Xbox One.

Its storyline consists of five distinct episodes, keeping you stuck for hours on the screen. Not only that, but it’s also an award-winning franchise that offers quite a mind-challenging gameplay.

Every single episode of the game is curated in such a way that you’ll be able to connect the present storyline with the past very well.

However, the main goal of this game is to approach the player through the virtue of various issues in the world. This includes bullying, suicide, violence, and a few similar ones.

Living in the 21st Century and not knowing about Batman is like eating your food without knowing what you’re eating. It is one of the largest franchises in the gaming world.

This franchise follows a special concept mixed with gothic, adventure, and action gameplay experiences. It will take you into the depth of a criminally insane world that will blow your mind away.

This game involves a storyline that unveils the mystery behind the asylum in Arkham. It is filled with mind-blowing combat, which adds special interest and fun to the game.

This is probably one of the best Xbox mystery games that provide a lot of interesting aspects. However, it provides a straightforward interface that makes it more fun to play around with. This game offers 2.5D graphics, which is quite amazing for some of the mystery games for Xbox One.

The main task of the game is to solve a mystery project that’s given to a student. It may look easy and too simple to play, but if not done properly, it’ll keep you stuck for hours. This game may not be much popular among gamers, but it has been rated quite well by critics.

12. What Remains of Edith Finch

You’ll be amazed by the gameplay experience this game gives out. It is one of the best mystery games for the Xbox one that you can’t miss. This game offers a special empathizing, heart-wrenching, mood-changing storyline that will make you fall for it.

However, be aware this game offers a mysterious lost world that will make you use every cell of your brain to catch up with the game. Apart from all this, its plot is typically about a family who’s curious about the mysterious death of a relative.

You may love to stick around and understand what exactly Edith Finch is and the truth that lies behind it.

This is the first dark and one of the most amazing Xbox mystery games that were launched by Xbox only. It was the first of its kind and gathered a lot of popularity. However, the story of the game is quite intervening variously by the developers.

As it happens, it explains the feeling of happiness and love simultaneously. This game involves a lot of aspects that are quite intense, even mystery games. It involves greedy affairs and trench warfare, keeping you interested and stuck for hours.

Apart from all this, this game also involves a lot of emotional scenes, which will make you cry in no time.

This game is one of the most challenging games for Xbox One Mystery Games, which will probably blow your mind away. It is filled with twists and turns that may confuse you a bit, but the gameplay experience is worthwhile.

The story revolves around a person and his emotional lifeline, which is on the radio’s other side. Your task is to find the actual memory of that person and stimulate it according to your need along the journey.

Apart from such an Interesting storyline, this game has a lot of mind-churning moments that will make you use every last cell of your mind.

The best mystery games for Xbox One will provide you with something with a mind-blowing, thrilling experience in its way.

These types of games like Firewatch and the Sherlock franchise, give out an endearing feel to this list of games. It is probably what your eyes are looking for as a gamer who loves mystery games.

How to Turn Off Parental Control on Fortnite With Ease?

Top Best Detective Games on PS4 Ever Turned Up With!