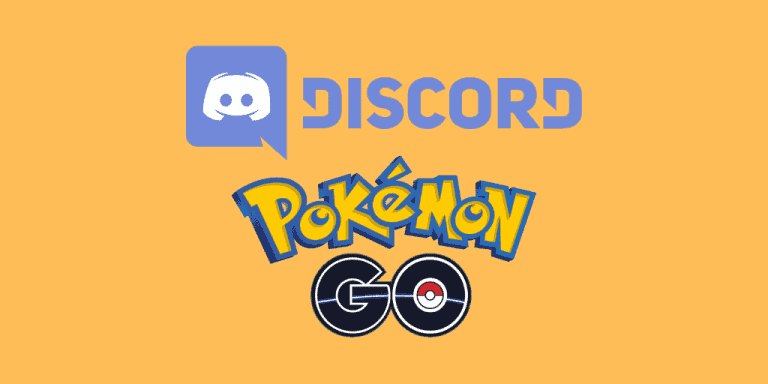 Whether you snipe on your smartphone with sniper tools or with botting programs, we got your spoofing needs covered here.

Most Pokemon Go lovers want to know about discord servers, where they can find active channels of 100 IV and other rare Pokemon spawn coordinates to snipe.

Here, every discord channel comprises all the relevant information about each Pokemon, such as name, level, remaining time, CP score, IV score, and coords.

So, read more about these Pokemon Go sniping discord channels. Using them, game enthusiasts can discover and snipe all the rare Pokemon to complete their Pokedex.

PS: should you have a problem with Pokémon Go failed to detect location, just click to fix them now.

Pokedex100 is the best Pokemon Go hunting website and also the most popular one. Using this website, users can look for Pokemon coordinates and other spawn point information from more than thirty countries.

This site runs successful public services for snipers, and also, it has come up with a Discord server for enhancing its web services.

Pokedex100 provides support 24/7 and delivers Pokemoncoords for free on your computer or smartphone. It comes with various Pokemon Go sniping discord channels, which areas:

Pokesnipers comes with its own website for offering different Pokemon Go sniping discord tools. However, its discord server is more active than others, with more than 80,000 members.

This is because it stays online even when this website carries out maintenance. Gamers go for this big discord community in order to snip high CP, 100IV, and rare Pokemon. Pokesnipers’ available channels are:

By the way, here is everything about Fly GPS for Pokémon Go and the most useful Pokemon Go candy cheat tips for your reference.

100IV Club works in collaboration with Pokesnipers, where both of these Discord servers are interlinked because of the same administrators.

This Discord server is very popular among Pokemon GO enthusiasts. It features various channels where gamers can look for high-level and rare Pokemon coordinates to snipe.

100IV Club also serves as a lounge channel, where one can hold an interaction with various other fellow club members for free. This amazing Pokemon Go spoofing discord server comprises the following channels:

Also, click here for the weakest Pokemon cards and Voice Changer for Discord.

It is another great Pokemon Go sniping discord server. PoGo Alerts Network works as an online community for Pokemon trainers.

This network features a wide range of active feeds on Twitter and maps of the different states of the USA, such as New York, Colorado, Florida, Virginia, Texas, and Maryland.

PoGo Alerts Network has a mass scanner installed all over the United States of America. This offers continuous information on Pokemon Go coordinates that one can employ for sniping. It offers the following channels:

This Pokemon Go spoofing discord server comprises a huge list of well-known sniping discord channels. One can use Articuno’s Lair to discover one’s favorite Pokemon, along with the legendary and rare ones.

The server features a dedicated discord channel for these rare, legendary, and popular Pokemon. Thus, this makes it easier for all to discover and snipe these options. The server has a lot of channels, such as:

NecroBot is an application where you can snipe and bot Pokemon with the old code of Niantic.

However, gamers are required to log in using API to remain untraceable by the Niantic servers. This even helps to keep your account safe without fearing bans and evading other possible flags on the account.

This Pokemon Go spoofing discord application features a Discord server to hold discussions. It even has several channels where they put up coordinates of popular, rare Pokemon featuring 100IV. Here’s a list of available channels on NecroBot2:

PokeBot.Ninja is a booting application based on a Java-based cross-platform for Pokemon Go. This application has a Discord server for providing support to all users.

This is another active Pokemon Go sniping discord server. Catch ‘Em All consists of bots and amazing people who keep on sharing Pokemon coordinates at all times.

So, users like you continue to discover and snipe all the rare, popular Pokemon to complete your Pokedex as fast as you can.

Catch ‘Em All has the following channels:

It is another popular Pokemon Go spoofing discord server, where people can look for Pokemon coordinates that can be employed for sniping. Here, you come across various free channels that can be used for sniping and looking for rare Pokemon.

In case you are in search of the powerful, ultra-rare Pokemon having max CP and highest IV, then become a donator. The channels of PokeXperience are the following:

HoustonPokeMap is a well-known Pokemon Go sniping discord service, based in Houston, TX. It is a coordinate-finding service as well as a Pokemon scanner. Along with that, this features an active real-time map website and a Twitter handle, where they post their findings absolutely for free. Its available channels are:

This is another amazing Pokemon Go spoofing discord service. It is a New York-based scanner and tracker service.

This server offers a real-time update regarding the Pokemon spawning on its Discord server within your locality.

Pokopia is one of the popular Pokemon Go sniping discord communities, which is based in China. It’s in English so that trainers all across the globe can use Pokopia to discover their favorite yet rare Pokemon and snipe the same.

This community-based Discord server has lots of spawn points and coordinates for Pokemon, which all are shared by its members. Its available channels are:

Here ends our list of the popular Pokemon Go sniping Discord channels. Now, you can complete your Pokedex hassle-free. These Discord servers are active and work amazingly to discover the rarest of the rarest Pokemon.

[WORKING] How to Know If Someone Blocked You On Discord?

How to Fix ‘You Are Being Rate Limited’ In Discord Easily