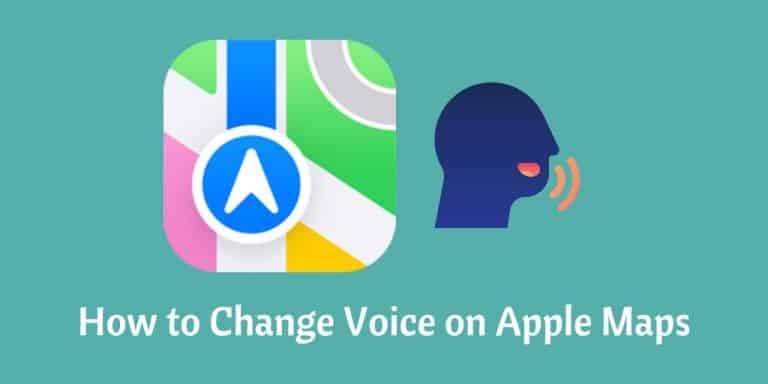 There can be many individuals who want to learn how to change voice on Apple Maps.

What you must know is that there’s no rocket science behind it. All you need is to follow the simple steps, which will be discussed in the paragraphs below.

The Apple Maps app allows you to customize the voiceover. For voice-guided directions and in-flight notifications, this is the voice you’ll hear. This will be the voice that guides you through Apple Maps on your car stereo via CarPlay.

There’s more to Apple Maps than just a 3D perspective and turn-by-turn directions, though. You may alter the voice if you need.

In addition to that, you can also choose from a number of different subsets. For instance, you can select from American, British, Australian, Irish, South African, or Indian subsets.

The voice can be female, male, or even gender-neutral. These guidelines are compatible with iPads running the iOS operating system.

It’s important to know that Siri is the voice behind Apple Maps. The Siri voice must be updated in order to make any modifications. Second, assume that you use the exact Apple ID on numerous devices.

So, whatever changes you make to the voice on a single device will be reflected on the others.

Besides, do you wish to know how to change your voice on TikTok? If yes, keep reading this article to learn more about how to use voice effects on TikTok!

Apple Maps, just like the name suggests, is the official mapping service introduced by Apple. This specific service is integrated into macOS, iOS, and watchOS as their default mapping system. In fact, Apple Maps works with the “Find My” function on each and every platform.

Apple Maps was first released in 2012. It is considered to be the official replacement for Google Maps. In other words, Apple products used Google Maps as their default mapping service until 2012.

In the beginning, there was plenty of criticism related to Apple Maps. Inaccurate data and various other errors made it “not-so-good” compared to its rival, Google Maps.

In addition to that, in the same year, Apple Maps became available on OS X.  A feature called “Nearby“, was added to Maps in 2015. Well, “Nearby” is a feature that provides local transit directions and points of interest in a few cities,

In 2020, Apple finished a thorough redesign of its US maps. The revamps added additional detail, such as improved building massing, sports fields, parks, pools, and more.

Similar to Google Street View, a newly introduced Look Around function is now available in a few locations. Moreover, the revised maps will soon be available in other nations.

So, How to Change Voice on Apple Maps?

Now, let’s get to the main point of this article; how to change voice on Apple Maps? Let’s go ahead and learn everything about this useful workaround.

3. This will bring a new menu up on the new screen. You will be able to see several different options based on the language of the iOS device.

In addition to that, you can select options depending on country settings as well. Below are those options for your reference.

4. When you select an option, it will say the word “Downloading.” Then, it takes a little while for the download to be completed. Once that is done, you should exit “Settings.” After that, open “Maps” so you can enjoy the voice you selected for maps.

5. You should also note that it is possible to change your voice on your Mac and Apple Watch. Below is how to do that.

Change the Voice of Maps for Your Mac

Do you wonder how to change voice on Apple Maps on your Mac system? If so, here are the steps you should follow.

1. First, you should click on the option called “System Preferences.” Then, select “Siri.”

3. If your Mac is updated, the options available in it will be similar to your iPad and iPhone.

And that’s how to change voice on Apple Maps on your Mac.

How to Change the Voice of Maps in Your Apple Watch?

It is also possible to change the settings of your Apple Watch to have the voice you desire. Below are the steps you should follow to do it.

1. First, you should tap on the option called “Settings” and then go to “Siri.”

2. After that, you should scroll down to tap the option called “Siri Voice.”

3. Thereafter, you should select the desired voice from the list. This part is similar to the step you followed with iPad, Mac, or iPhone.

So, that’s our article on how to change voice on Apple Maps. As you may realize, it is a very simple process.

With that said, if you need any further clarification about Apple Maps, please let us know.

How to Solve the App Store Not Downloading Problem?

How to Fix Apple Watch Stuck on Apple Logo Simply

How to Fix the Airdrop Not Working issue Without Data Loss

What to Do When a MacBook Not Turning On