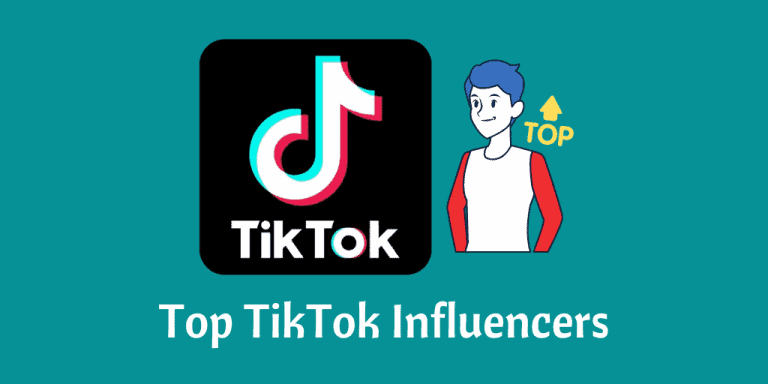 The top TikTok influencers mentioned in this article can be useful for those who need some inspiration.

If you intend to start doing TikTok, it is always better to observe the profiles of top influencers. Such an approach gives you an idea about the strategies you should make.

The list below comprises the top TikTok influencers with a massive fan base. In other words, they are considered celebrities in the world of TikTok.

They inspire their audience with meaningful, encouraging, and motivating content.

PS: here are the best TikTok to MP4 converters for your reference.

Charli D ‘ Amelio is an immensely popular TikTok celebrity born in 2004. She has been considered to be an awesome dancer for over a decade.

However, she began her TikTok performance in 2019, and ever since then, she rapidly became popular. She is particularly popular because of her unique facial expressions and dance moves.

Addison Rae is an extremely popular influencer who was born in 2000. Like Charli D’ Amelio, Addison released her first video for TikTok in 2019.

In fact, she was the second most popular TikTok personality in 2020. She has worked for big names such as American Eagle, Reebok, Hollister, etc.

The third place on this list goes to Zach King. His TikTok content is mainly focusing on comedy skits and digital magic tricks.

Also, he does 6-second magic videos under “Magic Vines.” They have become incredibly popular across the globe.

Before performing on TikTok, he was performing as a magician. He entered the field of TikTok in 2016.

Loren Gray built his personality as a multi-talented celebrity. He can dance, act, and sing on various platforms, including YouTube and TikTok. According to statistics, he is among the 04 highest-paid influencers currently performing on TikTok.

She signed into Virgin Records and released a single called “My Story.” She was even nominated for the Choice Muser award by Teen Choice Awards.

Spencer built his personality on the TikTok platform, mainly as a beatboxer. His performances are so smooth yet faster, and his music tracks were able to attract plenty of followers.

In fact, he is popular across several different platforms other than TikTok. Thanks to his popularity, he got opportunities to work with various popular professionals.

Riyaz is an Indian TikTok personality with a massive fan following, specifically due to his appearance. In addition to that, he is famous for his humor, lip-syncs, and dancing moves as well.

Initially, he was performing on Instagram, and later, he moved to TikTok with more appreciation. As of today, he has become a model, fashion blogger, and even an actor. His fan base is massive, and he is exceptionally popular among teens.

Michael Le is based in Florida. He mainly focuses on dance content on various platforms, including TikTok. His passion for dancing has been there since his childhood.

As he says, TikTok and other social media helped him to achieve his dreams as a performer (top social media blocker for you).

As per the statistics, Dixie is rated as the 09th most popular personality among top TikTok influencers. In fact, she is the sister (elder) of Charli D’Amelio. Dixie started performing for the TikTok audience after Charli.

Then, in 2020, she played a role in “Attaway General” (a popular YouTube series). In 2020, she released her first single. Interestingly, she gathered more than 1.4 million users within 48 hours.

Yes, we are talking about “the Will Smith.” The world-renowned, highly talented icon started posting content on TikTok in 2019 (October). He started it by saying that being a start is not a hot topic anymore.

No wonder Will Smith is appreciated and followed by a massive fan base across the globe.  His content is mainly based on areas like motivational talks, adventure, comedy, etc.

Jason Derulo is a multi-talented professional who does songwriting, dancing, and singing.

He was born in 1989. His career as a professional entertainer started back in 2009. There are 30 million singles sold under his name, and he achieved eleven platinum singles.

Although he is a superb dancer, his content is not just based on dancing. He posts content based on comedy. For instance, he usually posts the awkward moments we all face at some point in our lives.

In addition to that, Jason created some trending collaborations with other TikTok celebrities.

Baby Ariel’s real name is Ariel Rebecca Martin. She is known as an American actress as well as a singer, thanks to her TikTok videos. Once, even Times nominated her as one of the top TikTok influencers on the internet (in 2017).

In addition to that, in the same year, she was named a top influencer. Thanks to the immense popularity, she could also star in Zombies 2.

Brent Rivera is based in California and has acted in a TV show and a movie as well. He is particularly famous for the hilarious content he puts on TikTok.

In fact, his main intention was to become an actor, but eventually, he ended up as a TikTok star. As of today, he has a massive base of fans for the unique content he posts.

Faisal Sheikh is known as one of the most popular Indian TikTok performers, especially for acting and modeling. He maintains a superb audience with his TikTok profile and has also mastered lip-syncing.

Faisal also started a team of video creators (namely, Team 7). With his team, Faisal continues to create new videos, and they are likely to gain more popularity.

This TikTok icon was born in Aruba, and he became an incredibly popular personality because of his comedy content. Before stepping into the world of TikTok, he was known as a comedian, actor, and model.

He won an award at Aruba short film festival back in 2015. He started his TikTok journey in 2015, and since then, he has become so popular.

He is 25 years old as of this writing and is from Canada. Christian found many ways to monetize social media platforms. He focused on creating viral videos with music.

Lani Baker started his social media personality with Instagram as an influencer and a model.

In 2018, CNBC hired Lani as an actress for “Deal or No Deal.” As of today, she is considered to be among the hottest influencers on TikTok.

Lucas and Marcus are among the top TikTok influencers for their pranksters and awesome acrobats. They were performing on Vine before TikTok.

Teagan and Sam are known as Rybka Twins on the TikTok platform. They started to gain popularity since they were able to become finalists on Australia’s Got Talent.

Initially, they accumulated a significant fan base on YouTube before performing on TikTok.

Although he is not the youngest in the business, Jason Coffee has a massive base of fans. He is 40 years old, but he is among the most influential TikTok personalities.

Jason uses “Coffee” after his first name because of his work experience at Starbucks. Without a doubt, the name “Coffee” matches perfectly with his profile, therefore.

Loren Gray is known as a popular singer as well as a social media celebrity. She is 19 years, and she maintains a huge fan base on Instagram and TikTok in addition to Instagram. Her content is mainly about singing, fashion, cosmetics, and travel.

@haueterfamily is a pretty unique TikTok profile that comprises seven family members. They are particularly popular because of their creativity and humor in their content.

Many reviewers say that The Haueter Family is trying to take TikTok to a new level. As of today, it is recognized to be the most prolific and popular team profile. Thanks to their popularity, they could partner with several popular brands.

Jayus started her career as a social media performer with YouTube. That is during 2016. She is known for her colorful, vivid, and bold personality, even if she is only 21.

She became incredibly popular because of her act called “stone-cold facts.” She usually plays the role of a reviewer of video games.

Apart from playing the role of a TikTok profile, she works as a songwriter and a model. She lives in Utah, and she is just 22.

She is famous among TikTok users, especially because of her self-depending acts with humor. However, she takes fashion, travel, and fitness very seriously.

The Ultimate eyeZy App Review in 2023

How to Edit TikTok Caption After Posting?