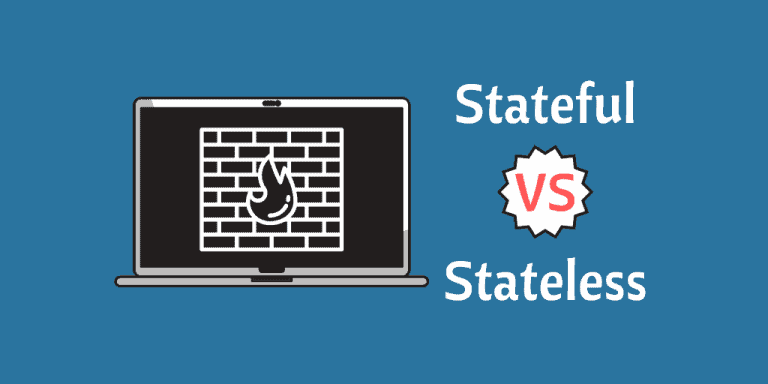 Windows Firewalls act as an indispensable part of network protection. While protecting networks from persistent threats, firewalls weed out various attacks imposed on the digital world.

However, firewalls do not serve as an entire solution to all cybersecurity needs. Still, all business networks should have a firewall.

Each one of them shares some weaknesses and strengths. However, both of them play a significant role in complete network protection.

To protect business networks, one has to play at higher stakes. The average amount for pilfered digital files comprising sensitive information has gone to $148 per file.

While considering how many data files cybercriminals get away with within just a single attack, the average rate goes up to $3.86 million each breach starts making sense.

It becomes significant for MSPs (Managed Services Providers) to comprehend each tool while protecting the customers against a wide range of cyber threats.

As you know, every client has different needs depending on their business nature, the digital environment’s configuration, and the teamwork’s scope, so MSPs must have all possible defenses against rapidly increasing malicious worse actors.

To understand it better, let’s discuss stateful vs. stateless firewalls. Also, we will tell you more about what is a stateful firewall!

What is a Stateful Firewall?

Stateful firewalls are firewalls that monitor the complete state of dynamic network connections. It means that a stateful firewall continuously analyzes the entire context of data and traffic packets. It even seeks admittance to the network in place of data packets and discrete traffic in isolation.

Once a stateful firewall approves a specific type of traffic, it adds up to a stable table, where it can move more freely in the secured network. Data packets and traffic that do not successfully finish the needed handshake will get blocked.

Stateful firewalls can observe the entire traffic stream by taking into consideration multiple factors before compiling a kind of connection to the approved list, like TCP stages.

However, these protection methods come with several vulnerabilities. DDoS attacks can attack stateful firewalls because of the powerful computing resources as well as exclusive social-network relationships required for verifying connections. Now, it must have answered your question, ‘what is a stateful firewall.’

In the computer network, all communication is segregated into smaller packets as per the MTU (maximum transfer unit) among the networks, which is generally 1500 bytes.

In each layer, there’s header information helpful for processing, in addition to the data part that transports the information.

Packet filtering is a mechanism that is proficient in parsing headers in various layers of the IP/TCP suite. This is based on the pre-set rule outline, where forward a packet to the following step or neglect it.

It is the basic idea of comprehending a packet-control assembly, which is only possible due to the strategic placement of firewalls in the network topology. In that topology, inter-network traffic is strangled or tapered.

After the packet passes via the firewall, it owns the power to analyze whether to forward it or not. Packet forwarding makes the fundamental routing characteristic, which is a function usually performed by Windows Firewall.

For this, stateless firewalls employ packet filtering regulations that stipulate some match conditions. If the match requirements are met, then the stateless firewall uses a range of preapproved actions for guiding packets in a network. If not met, then malicious or unidentified packets will get blocked.

This is so because a stateless firewall does not take much into account as compared to stateful firewalls. They are usually considered less rigorous. For instance, a stateless firewall cannot consider the entire pattern of the incoming packets, which can be useful if you have to block larger attacks occurring beyond the level of individual packets.

Besides, if you want to know more about the Function of the Firewall, just read more.

Stateless filtering offers an independent packet assessment characteristic. Here, the connection remains unknown. It means that every packet that passes through a firewall is analyzed by the administrator’s rules, irrespective of being an existing or new connection.

In this kind of architecture, it is very common to make a rule for every traffic direction. Here, one predicts both the input and the output, which is generally happening in diverse network interfaces.

As there’s no knowledge about the connections, it becomes impossible to predict the connection’s return. The surroundings with the filtering mechanism feature the mutual tendency to have a number of rules because of the need for predicting the two directions (output and input) of communication.

A stateless firewall is less used, yet this mechanism is available on network devices. Here, the main focus is not security but ensuring that general access rules can be created to avoid unnecessary exposures.

The most significant concept about a stateless firewall is that it does not have any knowledge of connections. Thus, it enforces the rules on every packet that passes via the device.

So, what is a stateful firewall? The stateful firewall was later designed to address security problems that came with the first generation, like the situation of counterfeiting connection information.

Using the connection table, each connection commencement is correctly registered. On returning the packet, a stateful firewall examines the status table before beginning the evaluation process of the access rules.

It even validates whether there is an associated connection or not. If so, it accepts that connection without dealing with the rules. Or else, discard that package.

The protection of the surrounding is significantly increased by employing stateful firewalls. Here, it would be best if you considered the traceability of used parameters for validating the active connection in that structure — the complexity and level of tracking rest upon the manufacturer.

So, the connection advances in terms of packet exchanges, and thus, the connection table is usually updated with the data to ensure continuity of integrity and security. The process even guarantees the connection’s validity. However, it is not necessary to assess the access rules which the administrator defines.

There are vital savings in calculating resources in stateful firewalls as there is a starting effort for creating new connections. This is to offset closure by not processing the access rules.

So, it is common to look for this filtering procedure in modern solutions. It remains a central element in the guard strategy. Now, you know what a stateful firewall is!

Is Windows Firewall Stateless or Stateful?

For lots of SMB or private users, the main interaction with the firewall technology is only when they work with Microsoft-powered firewalls.

In recent Windows versions, WF or Windows Firewall is a nice option. Windows Firewall belongs to the stateful category, which monitors all PCs’ connections automatically unless you configure otherwise.

It helps to ensure that only data from anticipated locations gets an entry into the network.

The two first and foremost filtering mechanisms found in Firewalls were produced between 1989-1994. Digital Equipments owned them, and later, AT&T Bell Labs became the owner.

In the advanced age, stateful and stateless filtering formed the foundation of the evolution and construction of the firewall solutions used when talking about technological aspects.

If you understand these mechanisms’ functioning, it will facilitate the understanding of the new technologies. Also, it helps define the finest application per the environment’s needs.

Despite the intricacy behind firewalls and security solutions, a stateful filter is often used transparently, which is not managed or visible to security analysts and administrators.

So, you know what a stateful firewall is! Also, you can now differentiate between a stateful vs. stateless firewall.

DNS Firewall – Everything You Need to Know About It

Phsysxloader.dll Is Not Found? Let’s Find The Top Solutions

How to Fix Screen Tearing With Easy Steps