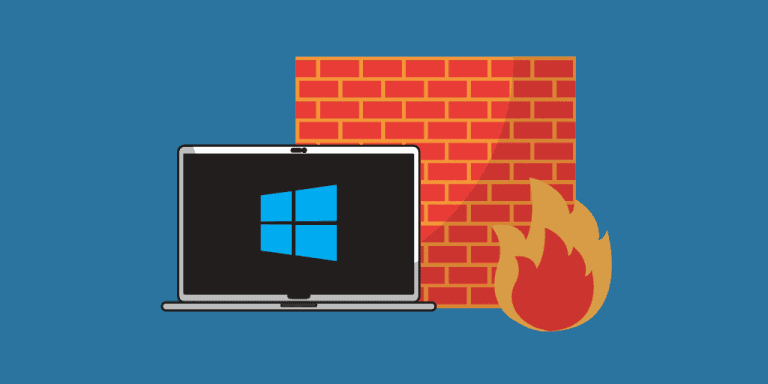 A firewall refers to a kind of program that users install on their system. It can be called a unit of hardware that employs a rule set for allowing or blocking access to a network, server, or computer.

Firewalls permit traffic to be diverted through a particular port to some destination or a program. At the same time, it blocks other nasty traffic.

So, firewalls could be software, hardware, or a combination of both. Now, let’s discuss some Firewall basics here.

Part 1: How Do Firewalls Work?

The Firewall connections enable particular traffic to move from one side to another on the network.

There are two kinds of Firewalls, which are Stateless and Stateful. A stateful firewall keeps track of the kind of state of the made connection. It even remembers the particular characteristics of the connection.

For instance, if users connect to a particular server through FTP, the details of the connection are retained and noted by Firewalls. It enables the traffic to flow unchecked back and forth. Other characteristics include the connection details, such as ports or IP addresses sharing the real connection.

A stateless firewall allows or blocks internet traffic to a particular server grounded on the firewall ruleset or the destination and origin web addresses that the server requests. The Firewall does not review the information packets sent from or to the server.

The interface of Windows Firewalls can be accessed in multiple ways. The very first method that we are going to discuss is through the Windows Search tab.

#1: Sign in to the server through a favored remote application for desktops.

#2: Tap on the ‘Search‘ tab and enter the “Firewall.” Next, select the icon ‘Windows Firewall with Advanced Security.’

#3: Now, the Firewall management interface will open up.

Another method for accessing the interface of the Windows Firewall is through the Start menu. For this, users need to follow the instructions given below.

#1: Tap on the button ‘Windows Start‘ present in the left corner.

#3: After this, choose ‘Windows Firewall with Advanced Security.’

So, in the general overview, users can verify if the Windows firewall is running and up. Also, it shows the current settings of each profile.

Also, here, you can learn more about how to let the Windows firewall allow the Ping problem.

Part 3: What Do You Mean by Profiles?

Basically, profiles refer to a group of Firewall rules which depends on where your server is connected.

Domain Profile: The domain profile comes into being when your server is sharing a connection with the domain controller, which controls the Windows domain in turn. This profile needs to be the least restrictive as compared to other domains. This is so because, usually, the security is well-controlled here.

Please note that a server can join a single domain only at one time. If that is not connected to the domain profile, then it needs to be a private or public network. In that case, the server will join one out of the following profiles.

Private Profile: A private profile comes into being when a server is a unit of or shares a private network where it is not connected directly to the internet. In that case, your server remains behind a hardware firewall or a router. It is less restricted as compared to others because of well-controlled security.

Public Profile: A public profile comes into being when your server shares a connection directly with the public network, such as a library, restaurant, or airport. It is the most restrictive profile due to uncontrolled security.

Part 4: How to Turn Off or On the Windows Firewall?

For switching off or on the Windows Firewall, there are some steps that you need to follow. Here, we are going to discuss the same.

So, let’s know about these Firewall basics without further ado.

#1: In order to switch on or off a Firewall, access the Firewall using the methods that we have listed above.

#2: Once done, tap on the link ‘Windows Firewall Properties‘ present beneath your profile section.

#3: After this, a dialog box will appear, signifying the three diverse profiles as we have stated above.

#4: Within the tab ‘Domain Profile,’ choose the ‘Firewall state‘ option from the menu and turn it off.

#5: As per their needs and settings, users can disable other profiles of the Firewall.

#6: After disabling the selected profile of the Firewall, you need to choose ‘Apply‘ and then press O.K.

#7: In order to switch the Firewall on, reverse the entire procedure. Choose the profile that you like to allow the Windows Firewall for. Next, tap on the dropdown menu and choose ‘On.’

#8: After re-enabling the Windows Firewall for the preferred profile, you need to tap on ‘Apply‘ and then press O.K.

PS: For people who are curious about the importance of firewalls, just switch to them.

Part 5: What Windows Firewall Blocks and What Not

There are various Windows Firewall basics present out there.

1. Windows Firewall does not block outgoing traffic ever.

A request sent from the server would not be stalled in any mode.

2. Windows Firewalls block all received traffic except the traffic, which is in response to requests.

It means that if you request to Google, then the inbound reply of Google to your outbound request of yours would not be blocked.

It means that the traffic that is not explicitly enabled will be blocked in Windows Firewall.

There are two types of exceptions, which are a part of Firewall basics. These include Program Exception and Port Exception.

Firewall Basics: Open the Port in the Windows Firewall

#1: Under the window ‘Windows Firewall with Advanced Security,’ right-tap on ‘Inbound Rules’ and select ‘New Rule’ from the pane.

#3: In the dialog box ‘Protocol and Ports‘, choose ‘TCP.’ Next, choose ‘Specific local ports‘ and enter the port number.

#4: From the dialog box ‘Action,’ choose ‘Allow the connection‘ and tap on ‘Next.’

#5: From the tab ‘Profile,’ select any profile you want to apply and click on ‘Next.’

#6: From the menu ‘Name,’ enter a name and the rule description. Once done, tap on ‘Finish.’

Now, users will come back to the primary firewall screen. They will view a new rule in the rules for ‘Main Firewall‘ in the center tab. Also, a new listing will be there in the window panel.

Firewall basics: Close the Port in the Windows Firewall

#1: For removing a particular rule, begin with the basic view of the Firewall.

#3: Choose the rule that you like to eliminate and right-tap on the rule, and select ‘Delete.’ Or else, choose the rule from the right window pane and tap on ‘Delete.’

#4: Next, a dialog box will come up on the screen, asking the confirmation for the rule removal. Tap on ‘Yes‘ to delete the rule.

The program exception refers to when a Firewall rule is set up to ignore outbound and inbound traffic from a particular program. A firewall lets users produce Firewall rules for allowing traffic via a particular port from a restricted series of IP addresses.

Firewall Basics: Open the Port in the Windows Firewall for a Program

#3: Choose the ‘This Program Path‘ option and select ‘Next.’

#4: Under that field, users can start entering the program’s location to allow. For instance, you can select ‘Windows Mail‘ and then press ‘Next.’

#5: Now, choose the ‘Allow the connection‘ option and continue with the ‘Next.’

#6: Choose the profile where you like to apply the rule.

#7: Choose the rule description and name. Once done, tap on ‘Finish.’

Step 8: Now, you will arrive back at the primary firewall screen. Here, you can see a new rule and also a new listing.

Firewall Basics: Close the Port in the Windows Firewall for a Program

It is a bit easier to eliminate the port for a particular program as compared to opening it. To remove a current rule for the program, go through the instructions listed below.

#1: First, you need to move back to the main interface of the Windows Firewall.

#: Tap on the option ‘Inbound Rules‘ in the Windowpane.

#3: Choose the rule that you want to remove. For this, right-tap on that rule that will open up the context menu. Next, click on ‘Delete.’

#4: Once done, a dialog box will come up on the screen, asking for confirmation for the removal of that rule. Lastly, tap on ‘Yes.’

By the way, if you are bothered with The certificate for this server being an invalid error, click to fix them now.

So, Windows Firewall allows incoming requests to the outbound traffic and passes every outgoing traffic. It even allows an incoming program or port exceptions and ignores other kinds of incoming traffic.

Overall, a firewall is a robust and simply configurable security characteristic, providing all the required stages of protection for keeping the server safe.

Now, you know about some significant Firewall basics that you can use.

A Device Attached To The System Is Not Functioning – Fixed